An indomitable spirit -- and practicing against a competitive teammate -- helped make the Eagles senior into all-around player and the state’s all-time leading scorer. 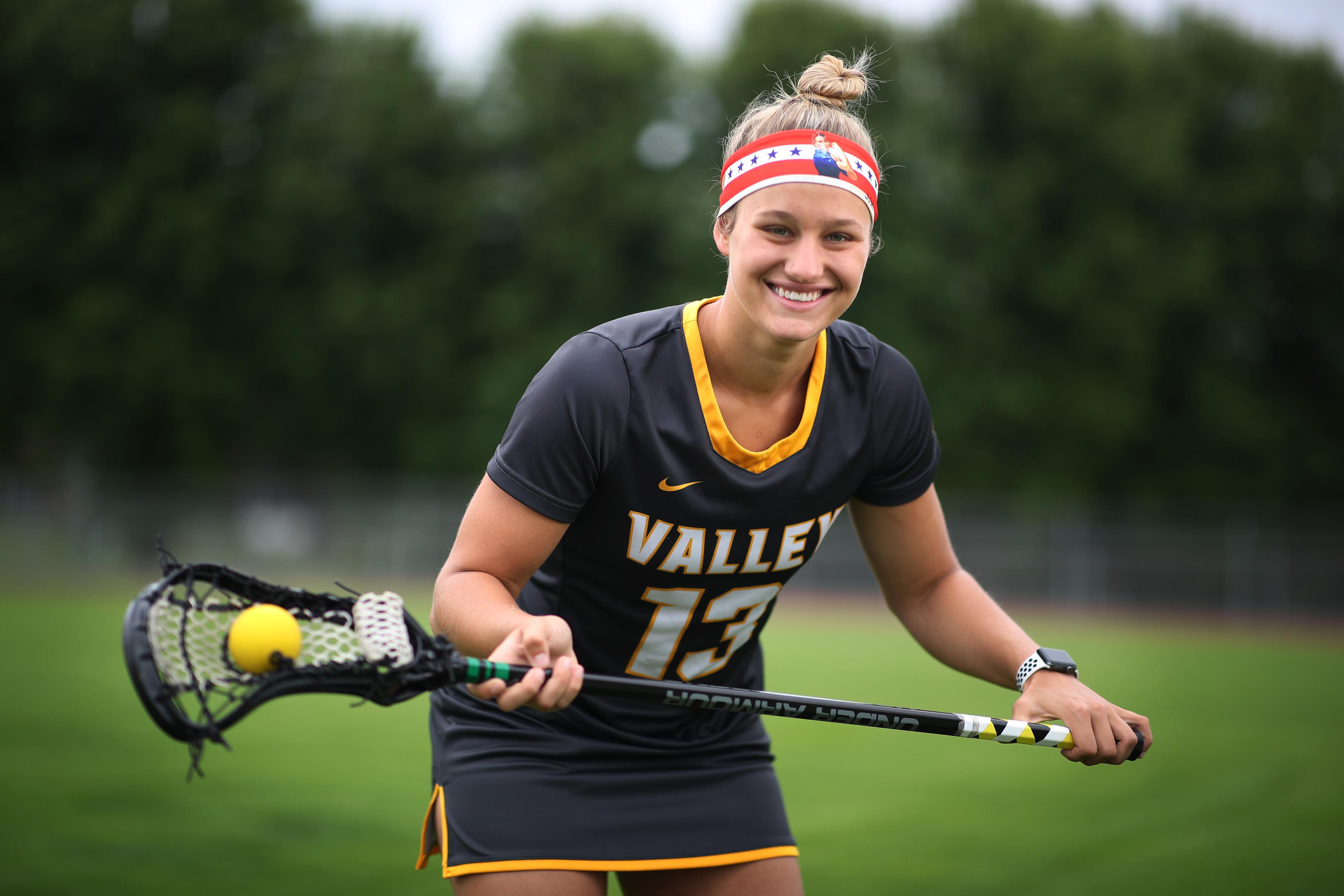 Apple Valley's Reagan Roelofs garners the spotlight for her performance on the field, but she credits her fellow seniors for creating a winning environment. Eagles midfielder Molly Moynihan has been instrumental in helping Roelofs hone her skills. “Coach [Alexandra] Ross said she sees the two of us go harder against each other in practice,” Moynihan said. “We’re both so competitive and we bring that mentality every time out.” Photo by Jerry Holt, Star Tribune • jerry.holt@startribune.com

Reagan Roelofs narrowed her lacrosse gameday headband selection to ones with a picture of former President Ronald Reagan, her namesake, or Rosie the Riveter, a cultural icon of World War II.

“I decided it wasn’t going to be about me,” said Roelofs, an Apple Valley senior and six-year varsity standout. “And since her slogan was, ‘We can do it!’ I liked that. When you look at my headband when we’re in the huddle, my teammates think, ‘Yeah, we can do this.’ ”

An indomitable spirit is only part of Roelofs’ value. Already the state’s all-time leading scorer with 505 points, Roelofs impresses opposing coaches with her defensive acumen. She ranks high in draw controls, assists, ground balls and caused turnovers, owing to her mastery of the game.

Roelofs, who helped lead Apple Valley (15-1) to the No. 2 seed at this week’s state tournament, is the Metro Player of the Year in girls’ lacrosse. She will play at the Naval Academy next season.

“Being an all-around player is something I strive for,” she said, “not just cherry-picking and getting all the points.”

“We push each other every day and sometimes we get on each other’s nerves,” Roelofs said. “But honestly, I don’t think we’d be the players we are today without each other.”

Roelofs and Moynihan, Ms. Lacrosse finalists, helped push Apple Valley past Prior Lake to reach the state tournament after three consecutive playoff losses to the Lakers. They combined for 11 of the Eagles’ 13 goals.

“Coach [Alexandra] Ross said she sees the two of us go harder against each other in practice,” Moynihan said. “We’re both so competitive and we bring that mentality every time out.”

Roelofs received her school’s Athena Award, in part for earning a letter in five varsity sports — cross-country, tennis, hockey, Nordic skiing and lacrosse. Those experiences brought confidence she takes into every game.

“I don’t want to look at film and see slouched shoulders if we’re down a couple goals, I want to be the player to step up and say, ‘We’ve got this; heads high,’ ” Roelofs said. “Confident not cocky. I don’t want to come out every game saying, ‘We’re going to win this,’ but we need to be confident that we can.”

Past girls' Players of the Year