The Crimson overcame a second-half rally from the Bison to win the Section 8 crown. 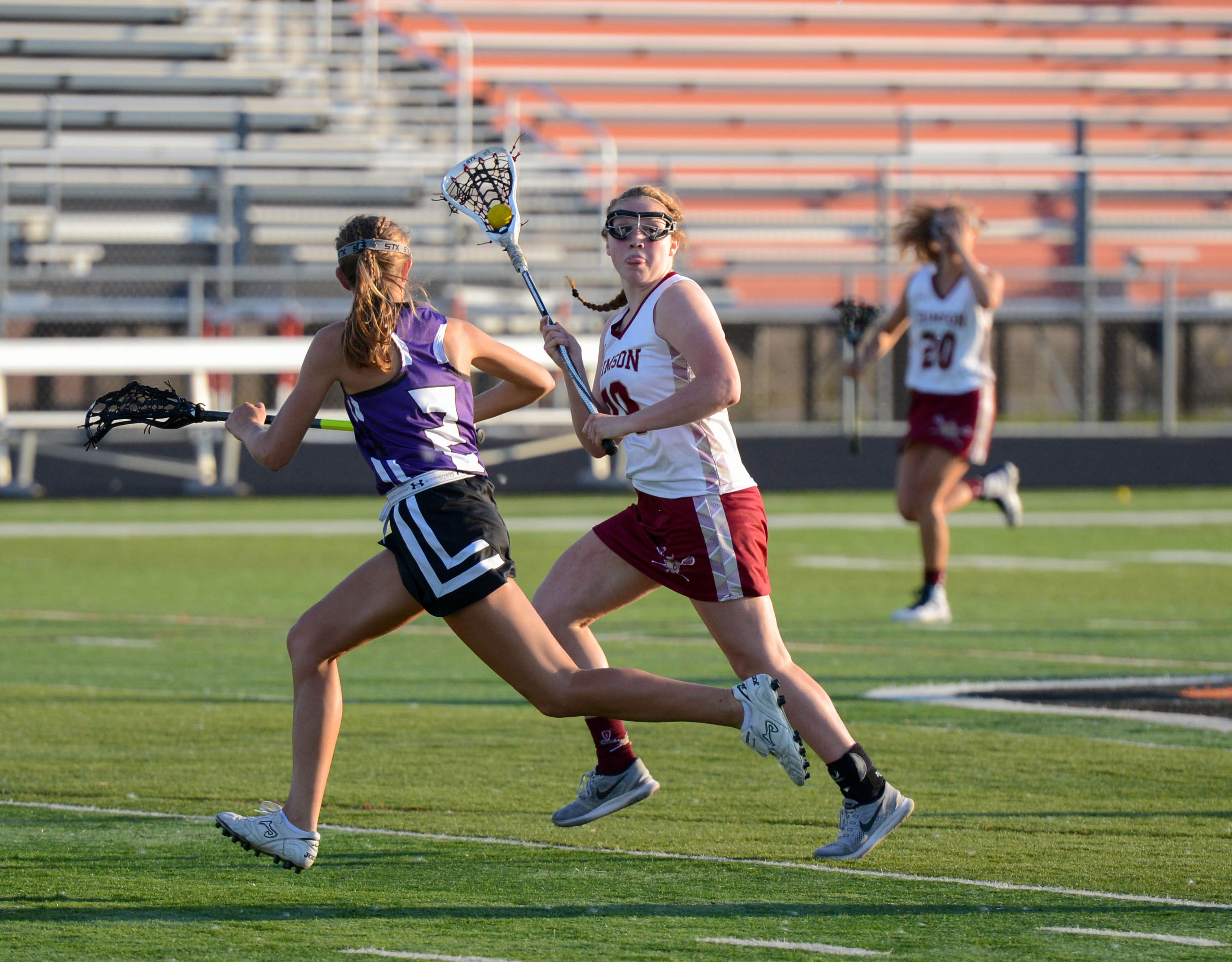 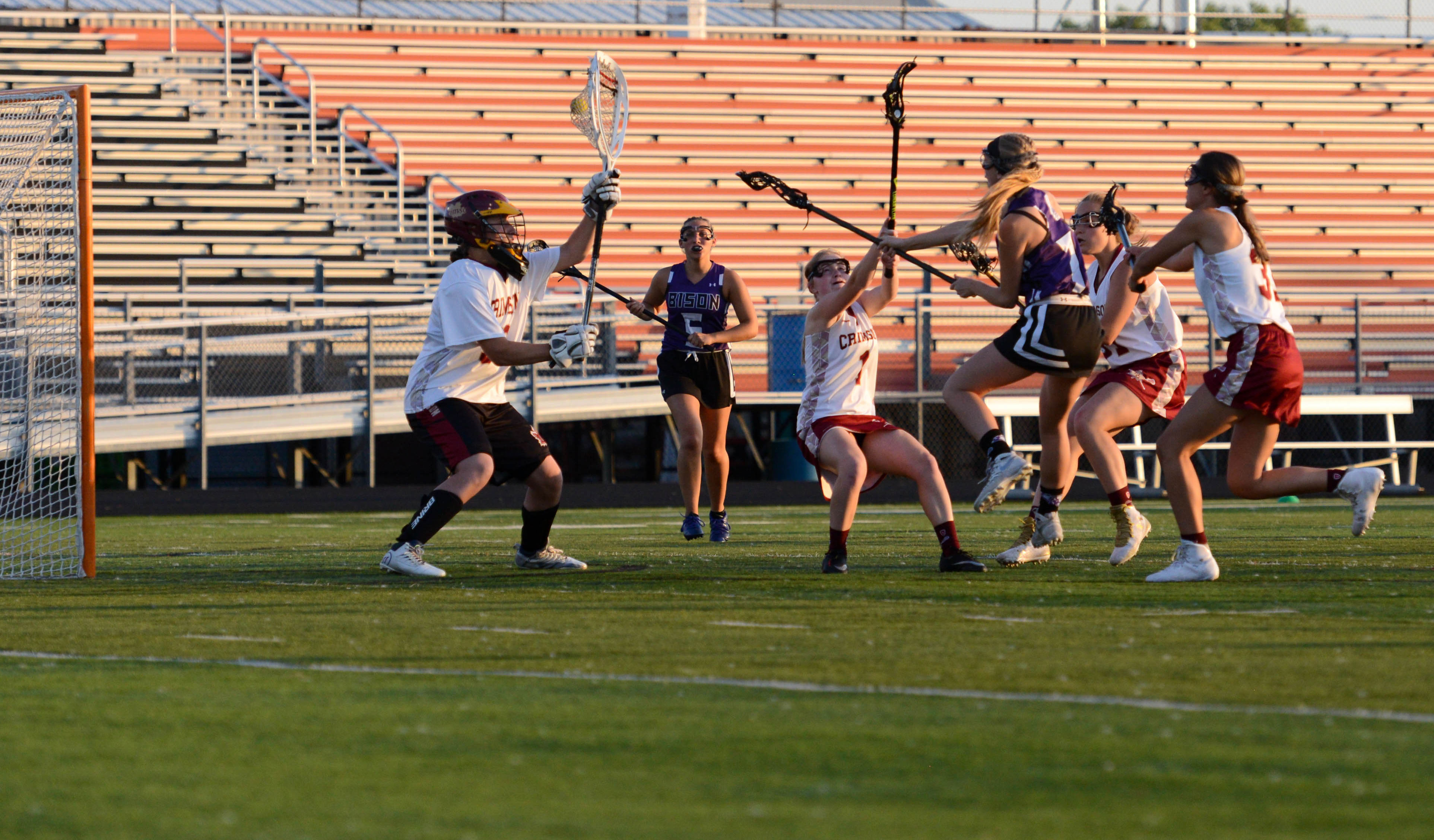 Maple Grove goalie Bridgit Goetsch (52) makes a save against Buffalo in the Section 8 championship in Osseo on Wednesday. Photo by Carter Jones, SportsEngine

After jumping out to a 4-0 lead in the section final against Buffalo, Maple Grove appeared to be in complete control. However, the Bison flipped the script in the second half, making it a one-goal game, trailing 7-6 with less than 10 minutes remaining.

While some teams might have panicked, the Crimson took it in stride. They adjusted without taking a timeout and stopped the Buffalo rally. Junior midfield Emily Herdine gave Maple Grove some cushion with a pair of goals en route to a 9-6 Section 8 championship win.

Herdine’s play was key throughout the game. She helped gain possession in the faceoff circle and then tallied a game-high six goals in Thursday’s game. It is the Crimson’s third consecutive state tournament appearance and fourth in school history.

Coming into Thursday, Maple Grove (12-2) appeared to be the favorite. A three-time section champion and top seed, the Crimson were facing a Buffalo team that had advanced out of the section quarterfinals for the first time in school history.

The Bison (11-2), however, had put together a strong regular season and were an unfamiliar foe for Maple Grove. The two teams hadn’t met in the past seven postseasons despite playing in the same section.

“We scouted them thoroughly,” said Crimson coach Haley Corradi. “We prepared the girls and practiced the things we needed to. Even our goalie was watching their girls’ eight-meter shots on YouTube.”

The preparation by Maple Grove paid off. The Crimson raced out to a 2-0 lead thanks to Herdine tallying the first two goals for Maple Grove.

“I think that getting that first draw is super important,” Herdine said. “You want the momentum going your way.”

Down 4-0, a Buffalo timeout seemed to calm down the Bison, who cut into the deficit.

In the second half, Buffalo’s rally hit a fever pitch. The Bison scored three unanswered goals to make it a 7-6 game. On the sidelines, Maple Grove’s coaching staff discussed whether to call a timeout.

“We realized they had already used both their timeouts and we didn’t want to give them that opportunity another pause,” Corradi said. “We knew we could get it fixed without taking a timeout. If it did get to 7-7, then I would’ve called a time out.”

It was the closest Buffalo got. The Crimson stepped up defensively then found some offense thanks to Herdine, who scored twice in the game’s final few minutes to shore up Maple Grove’s win.

“In games that are tight, those top players step up,” Corradi said. “(Herdine) is crucial.”

Herdine was a force on both the faceoff and when the Crimson were on the attack. She lends her success in part to her hockey career.

“Hockey has helped me a lot with shooting,” Herdine said. “I started working on my shot first and then got to working on faceoffs.”

Maple Grove heads back to the state tournament. Though successful the past few years in getting to the tournament, the Crimson have yet to get over the quarterfinal round bump, and they are likely coming in as an underdog to whoever they play.

But that won’t stop them from putting up a good fight.

“We just need to play with confidence said.” Corradi said. “We want to show the state of Minnesota that Maple Grove is a competitive program. We’re all in on competing in this one.” 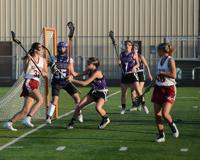 For the third consecutive season, Maple Grove is going to the girls’ state tournament. The top-seeded Crimson held off upstart Buffalo and won the Section 8 championship 9-6 on Wednesday night at Osseo High School.

Maple Grove (14-2) got off to a strong start when the Crimson jumped ahead 4-0, aided by the efforts of junior midfielder Emily Herdine. She scored the game’s first two goals and finished with six goals.

Buffalo (13-2) managed to get on the board late in the first half in its first-ever section final appearance thanks to goals from junior midfielder Callie Stumpfl who got the Bison’s first goal and was one of three players to score twice.

In the second half, Buffalo got as close as one goal thanks to three unanswered goals. However, the Bison could not complete the rally as Herdine scored twice to give Maple Grove a comfortable three-goal lead.

This game was a low-scoring affair thanks in part to strong goaltending on both sides. Crimson freshman goaltender Brigit Goetsch had eight saves while Buffalo sophomore goaltender Madelyn Huebner stopped 12 shots. 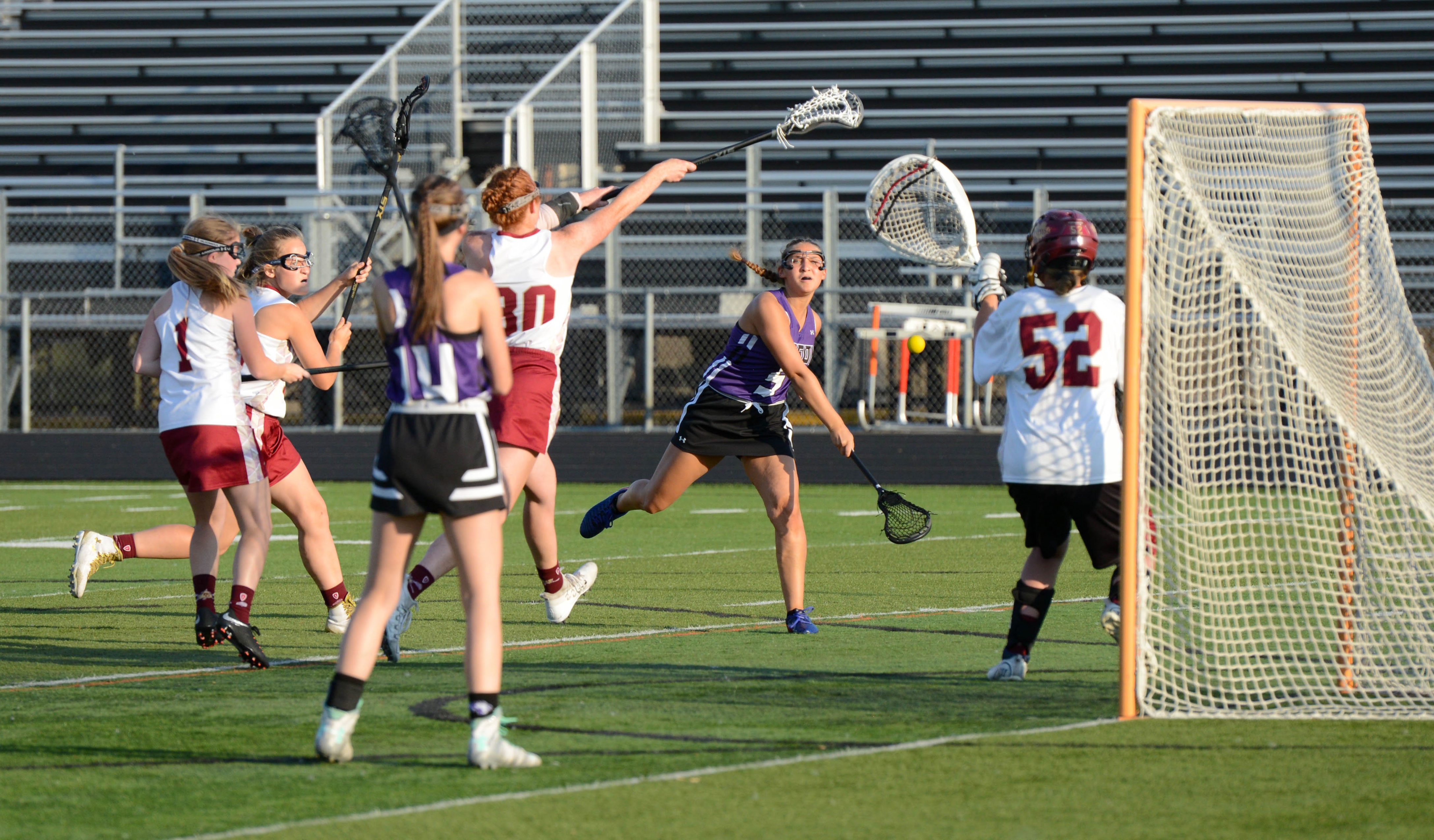