Benilde-St. Margaret's earned the No. 1 seed and is looking to avenge its loss in the 2017 state championship game. 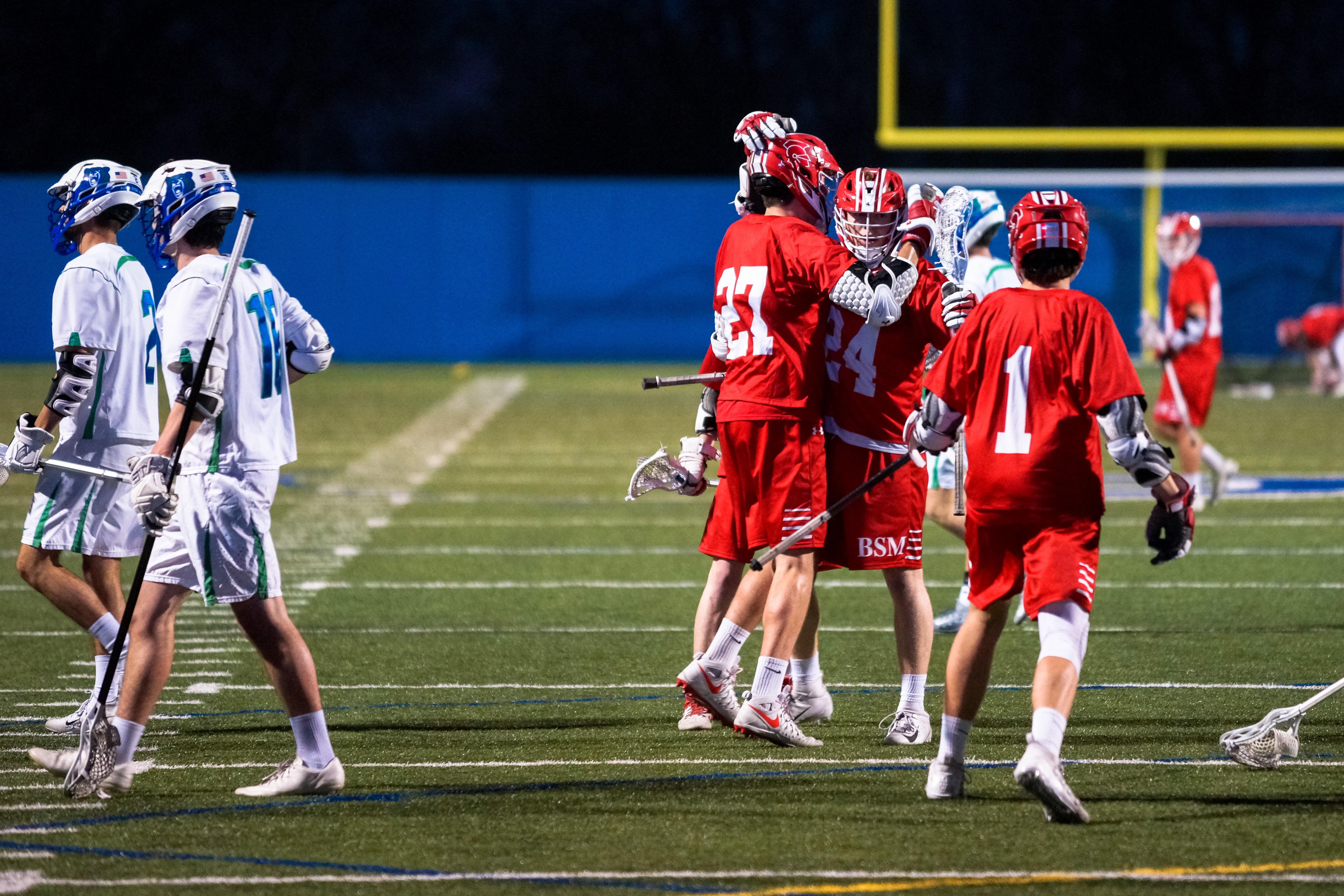 Benilde-St. Margaret's is the No. 1 seed in this year's boys' state tournament. The Red Knights are looking to capture their fourth state championship. Photo by Korey McDermott, SportsEngine

The pairings for the boys' lacrosse state tournament were announced on Friday, and with few upsets in section play, there are plenty of teams capable of winning a state championship.

Benilde-St. Margaret's enters as the No. 1 seed for state. The Red Knights finished the season ranked No. 1 in the coaches' poll, and could be looking to avenge a loss to Eagan in last year's state title game. Benilde-St. Margaret's plays Centennial in the quarterfinal round. The Cougars are making their first state tournament appearance since 2009.

Prior Lake is the No. 2 seed and one of three South Suburban Conference teams to make this year's tournament. The Lakers play conference foe Lakeville North in the opening round, while No. 4 seed Eagan faces No. 5 seed Mahtomedi in the quarterfinals.

Two Lake Conference teams also made the tournament — Wayzata and Minnetonka — and are scheduled to meet in the quarterfinals. The No. 3 Skippers are back at state for the first time since 2009, when they won their only state championship. The Trojans are appearing in their third consecutive tournament.

First-round action takes place on Tuesday at Chanhassen High School. The semifinals are scheduled at Minnetonka High School, but the site and game times could change if the Skippers advance to the semifinals. The state championship is set for June 16 at 6 p.m.